Do you have back pain, neck pain, shoulder pain, knee pain, arm pain, headaches or foot pain?
We can help. 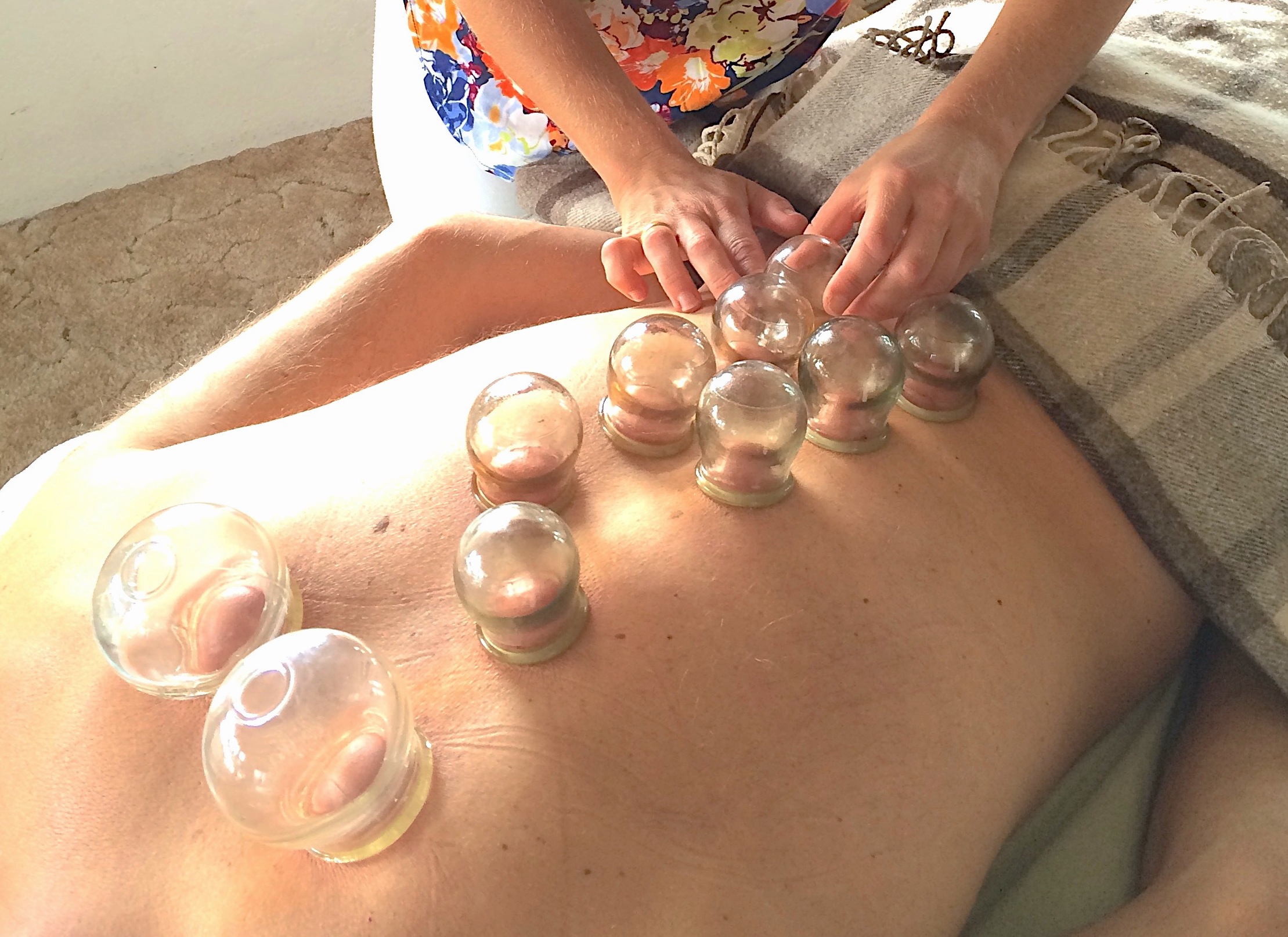 Cupping is one of Oriental Medicine techniques that has a long history. It is a form of alternative medicine in which a therapist puts special cups on your skin for a few minutes to create suction. It has not been as well known as acupuncture in the west. Thanks to last world olympics in Brazil, cupping became more known to the western world and especially in the United States. Michael Phelps had big red marks on his back, while competing in the swimming Olympics. He broke more then 2 thousands years old Olympic record in number of gold medals, won by a single athlete, partially thanks to cupping. This record has been standing since the time of Ancient Greece...

When I was growing up as a child in Russia, it was a common practice to use cupping at home. I regularly received cupping as a little girl to treat coughing and upper respiratory infections from my grandma ( she was a doctor). When studying at American College of Acupuncture and Oriental Medicine, I also learned that cupping is very effective for pain, inflammation, blood flow, relaxation and well-being, and as a type of deep-tissue massage.

Here is a short history of cupping from Wikipedia:
"There is reason to believe the practice dates from as early as 3000 BC. The Ebers Papyrus, written c. 1550 BC and one of the oldest medical textbooks in the Western world, describes the Egyptians' use of cupping, while mentioning similar practices employed by Saharan peoples. In ancient Greece, Hippocrates (c. 400 BC) used cupping for internal disease and structural problems. The method was highly recommended by Prophet Muhammed[24][full citation needed] and hence well-practiced by Muslim scientist who elaborated and developed the method further. Consecutively, this method in its multiple forms spread into medicine throughout Asian and European civilizations. In China, the earliest use of cupping that is recorded is from the famous Taoist alchemist and herbalist, Ge Hong (281–341 A.D.).[25]Cupping was also mentioned in Maimonides' book on health and was used within the Eastern European Jewish community.[26] There is a description of cupping in George Orwell's essay "How the Poor Die", where he was surprised to find it practiced in a Paris hospital."

* The results may be varied from person to person.

HEAL YOUR LIFE. COME FOR HEALTH.